COLCHESTER, Vt. –  A new state report shows that Vermont has a tremendous advantage over every other state in the U.S. in fighting climate change: the cleanest electricity supply in the country. This achievement is the result of steady committed work over many years by Vermont’s utilities, Vermonters and state leaders, to decarbonize our energy supplies with a diverse mix of local and regional resources, including solar, hydro, wind and biomass. Our consistent and ongoing reduction of carbon emissions in Vermont’s electricity sector is an important foundation for rapid progress in reducing statewide emissions, and helping Vermont reach state energy goals.

The report, titled The Vermont Department of Environmental Conservation’s 2021 Vermont Greenhouse Gas Emissions Inventory and Forecast, provides our state with information regarding our overall greenhouse gas emission (GHG) emissions by sector from 1990-2017, with projections for 2018 and 2019. Though carbon emissions still are slightly higher than 1990 levels, we have made important progress by decreasing carbon emissions by 13.1% since we measured in 2005, and the majority of that GHG emissions reduction is the result of cleaner electricity.

The report shows the largest sources of carbon emissions in Vermont are transportation and heating, which make up about 70% of all emissions. Electricity accounted for just 5.7% of emissions as of 2017, according to the Inventory, and is projected to be as low as 1.5% of Vermont emissions as of 2019, continuing a decline since 2015. In order our state to meet the goal of sourcing 90% of our energy from renewables by 2050, we must deploy innovative technologies that use electricity for transportation and heating.  Electric utilities across Vermont are offering customers programs to do just that, including incentives to switch to electric and plug-in hybrid vehicles.

“Washington Electric Co-op (WEC) has been a 100 renewable electric utility for over a decade. Despite that early achievement we recognize more must be done.  There is no greater threat to our modern way of life than climate change,” said Patricia Richards, General Manager of Washington Electric Co-op.  “We are working with our members to move away from fossil fuels and instead make use of more renewable electric power at WEC.  We want to help convert from gasoline power cars to electric. This shift will make a word of difference to our planet and we hope everyone will convert to an EV at their next vehicle purchase.  Even Ford has announced its F150 truck will be electric next year.  Even our rural communities will have a suitable electric vehicle option. Early adopters and environmentally conscious people started the EV revolution and soon it will be mainstream!”

“Community-owned electric utilities in Vermont have been leaders in renewable energy for more than a century through their commitment to locally owned generation,” said VPPSA General Manager Ken Nolan. “Small, environmentally friendly hydroelectric facilities owned by Vermont municipalities generate enough electricity to power nearly 10,000 Vermont homes each year and allow VPPSA’s member municipalities to offer 94% carbon-free electricity at some of the lowest rates in the state. VPPSA is very cognizant that it requires balancing affordability, reliability, and environmental stewardship to make our communities thrive. We are proud to offer a range of ever-evolving programs and services, including a wide array of consumer rebates, that make it easy for Vermonters to further reduce carbon emissions.”

“Burlington Electric is proud that Burlington in 2014 became the first city in the nation to source 100 percent of our power from renewable generation, and since then, we have focused on helping achieve our community’s even more ambitious goal of becoming a Net Zero Energy city,” said Darren Springer, General Manager of Burlington Electric Department. “Through our Green Stimulus programs, we’ve seen significant increases in customers switching to electric vehicles, cold-climate heat pumps, and other clean electric technologies. This new state emissions inventory report confirms that we are on the right track in targeting emissions reductions from the two largest sources – transportation and thermal.”

“Every day we hear from VEC members who are delighted with their heat pump, electric vehicle, or even their electric lawn mower,” said Rebecca Towne, VEC’s chief executive officer. “They’re happy because they’ve simplified their lives and reduced their carbon footprint because of Vermont’s low-emission electricity. As VEC’s power supply moves to 100% carbon-free by 2023, we look forward to supporting even more members who want to take these kinds of steps.”

“Vermonters are counting on us to get to fully renewable while keeping energy affordable and making the grid more resilient to storms,” said Mari McClure, GMP president and CEO “Vermont already leads the nation and I’m incredibly proud to be working with utilities and policy makers to empower customers to reduce their carbon emissions and costs through our innovative programs. Today, GMP’s energy supply is 95 percent carbon free, and 64 percent renewable, and we will achieve 100 percent renewable by 2030. I know we all share a sense of urgency around this work and together, we will get there.”

Vermonters can learn more about the programs and incentives designed to help reduce carbon emissions and costs through electrification – including incentives for electric vehicles, heat pumps and more – on their utility’s website.

Vermonters are counting on us to get to fully renewable while keeping energy affordable and making the grid more resilient to storms. News Release
-
GMP Customers Save Thousands When They Say Goodbye to Fossil Fuel and Choose Geothermal for Home Heating... 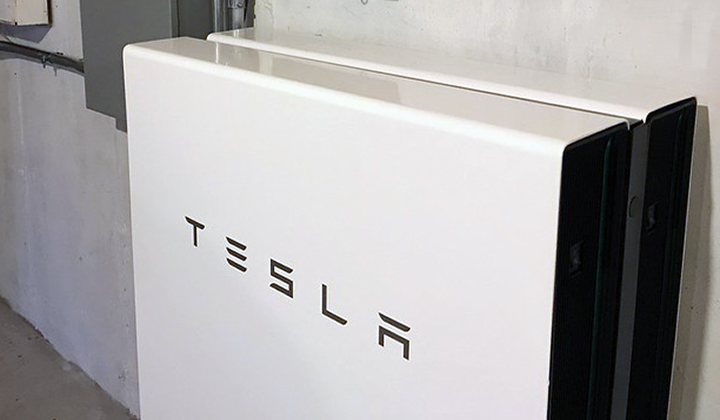